Ask Tory: Our marketing hardly ever generates leads… what am I doing wrong?

I’ve studied hundreds, maybe even thousands of dealership ads, and the majority consistently share one of two fatal flaws. And by majority, I mean the masses. Probably over 99% are contaminated. Both are an issue of message, which is simply what is said in an ad (including the copy (words) and the graphics).

Fatal Flaw #1 – The ad is designed to build a dealer’s brand, enhance their image or get their name out there. There is no call-to-action that tells the prospect what to do or why they should do it.  If you don’t tell prospects what you want them to do, they won’t do it. And a branding-style of advertising isn’t quantifiable.

We consistently hear from dealers that one of their biggest concerns is they can’t quantify their marketing and aren’t sure if they’re wasting their money. It’s a viable concern… their message makes their marketing unmeasurable! Take note… if your goal is to get your name out there you ARE, in fact, wasting your money.

At the same time, most dealers have a fear of stopping this style of advertising, which is most often mass media (radio, TV, billboards, newspaper, etc.), because they think it may be working.

I’m not a fan of mass media… especially in the motorcycle industry. The main reason is that 5% to 6% of people in America are powersports enthusiasts.  With basic math you can quickly conclude that most of the folks a dealer is paying their limited budget to try and reach via mass media do not ride. You’re wasting over 90% of your budget. 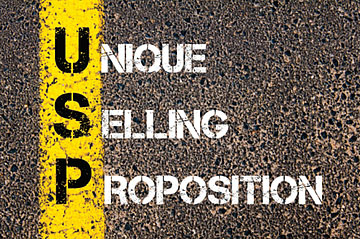 You may be saying to yourself, “well, it includes my address & phone number, some people have to be noticing it.” On more than one occasion we’ve added tracking phone number to mass media. All of them get similar results, including a group of Harley dealers in the south who added a call tracking number to their radio commercial. After 60-days the tracking number had 3 calls: 1 where we tested it, 1 where the dealer tested it, and 1 where the dealer tested it again because no one had called it.

Fatal Flaw #2 – The ad is based on discounting. This has become an epidemic for many dealers. Here are few examples:

• Radio = save thousands with big rebates and low APR’s.

• Direct mail = several units with the cheapest they can sell them, often dipping into hold back.

What is your U.S.P. (Unique Selling Proposition)?  In other words, why should someone buy from you?  If the best answer you can come up with is you’re the cheapest, you’ve got a lot of soul searching to do.

When your marketing is basically saying, “I’m only interested in you if you’ll buy something from me” you alienate most of your list and it becomes unresponsive. No more than 2% of your list is interested in the products you could feature in any ad, so you end up alienating 98%.

The most successful dealers market to powersports enthusiasts. They utilize direct mail, email, SEM, phone calls, web banners, social media, event signage, fliers/bag stuffers, and more. There is a consistent message across all of the media. Instead of promoting products & discounts they have an event/party/open house and answer the question, “Why should I, your customer, come to your event?”

By inviting customers to the dealership for a party, more of them respond. This in turn increases P&A counter sales, books out more service appointments, and gives salespeople even more opportunity to sell major units.

To strategize how to get your marketing budget to get more traffic in the store, and more leads for each department, give us a call… 1-877-242-4472.