Ask Tory: It seems all the OEMs are focused on attracting new riders; as a dealer, should I be? 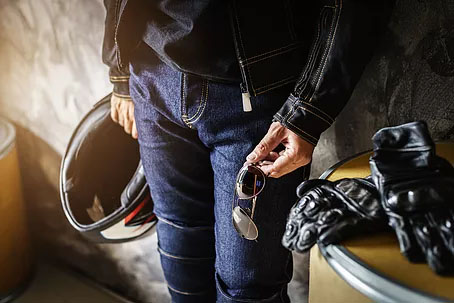 Let’s take a little trip down memory lane, shall we?

The OEMs, Motorcycle Industry Council, and others have all drank the Kool-Aid that the only way to save the industry is to get new riders from the low-performing demographics/segments. If the vast majority of riders & sales come from middle-aged white males, they believe we need to center in on cultivating new riders from Young Adults (Millennial Generation), Women, African Americans and Hispanics.

Consequently, they have focused their marketing efforts on attracting these new riders. They’ve also pushed their dealers to follow suit.

History lesson over. Now what? I’ll start by debunking the idea that focusing on demographics/segments to get new riders is a good one.

From a financial stand point, middle-aged folks will always have more money and credit. They can afford to buy, and they have more time to ride. And, have you noticed that these new units aren’t cheap?

Furthermore, people don’t begin riding because they’re a man or woman, young or old, or because of their race. This is a passion-based industry that is full of enthusiasts/hobbyists of all shapes and sizes. No dealership cares if their next sale if going to be to a hispanic male or a white female… they want to make any customer happy.

But, here is the biggest nail in the coffin: the number one reason a new rider starts riding is the influence of their friends and family. It’s not marketing! Marketing can shape an enthusiast’s buying habits (i.e. get them to buy PG&A more frequently, shorten their trade cycle, or get them to try a new dealership), but it will never be a good way to generate new riders.

This isn’t a new concept. Think of any hobby. Golf enthusiasts, for instance, share many of the same demographics as the Powersports enthusiasts, and anyone who plays golf will tell you it all started with an invitation from a friend, family member or co-worker.

I’ll go as far to say that it would be just plain silly for the golf industry to focus their marketing efforts on getting Young Adults, Women, African Americans and Hispanics to give golfing a try. It doesn’t work that way. PEOPLE get other people to play, and it’s the same in our industry.

So, what should you do? Start by NOT focusing your marketing efforts on attracting new riders. Instead, hold monthly or bi-weekly events with a never-ending emphasis on having your customers inviting their friends and family to join in on the fun of the event. This kills two birds with one stone… increases sales right now across all departments, while fulfilling the best way to get new riders. Better ownership experiences will ultimately attract new riders through the influence or friends and family.

Also, be sure not to alienate or ignore the Baby Boomers – they’re still buying. Or the Gen Xers – they’re becoming the wealthy generation with time, money and credit. They’re most influenced by other people who ride.

Our Sharp Shooter program is a Predictable Growth System designed to do both of those things. For more info call 1-877-242-4472, or visit www.PowersportsMarketing.com.